As we are all still recovering from the party, we’ve asked our honorary Romaniac for the day, NWS member Lorraine Hossington, to write today’s post for us and we’ve added a few extra photos at the end…

It was with slight trepidation that I walked toward the hotel bar.

What would they be like? Would they like me? It was at this point I heard the laughter coming from inside the bar. Thankfully I recognised a familiar voice – it was Vanessa, who had suggested I meet up with the Romaniacs.

This gave me some courage. I walked boldly into the room and was immediately greeted with warmth and friendship.  I could tell that the evening ahead was going to be a lot of fun.

It all started at the restaurant. Sitting down and opening the menu I realized that I had left my glasses at the hotel. Seeing as I am as blind as a bat without them, this was going to be tricky! Fortunately Debbie came to my rescue and read the menu out to me. I have to say she did a great job, and I didn’t have to go hungry, which is a good thing as we were cracking open a couple of bottles of wine to get the party started. There was much merriment throughout the meal, and I think by the time we left there may have been a few sighs of relief from the staff!

Into the taxis we clamoured. We were on our way to the party. The taxi ride was a lot of fun. I was in the cab with Debbie, Sue and Lucie. Yes I have to confess it was me who took the photograph in the cab. I think it must have taken me about three tries before I finally got a picture that looked alright. I am not sure if it was the fact I had no glasses or the wine had started to take effect. No it was definitely the glasses. Yes ladies I will tell you now that I absolutely loved that taxi ride. So did the driver.

It was official. The ladies had bestowed upon me the title of honorary Romaniac for the day. So it was with pride that I walked into the party with my new friends. It was the start of the evening and it was lovely to meet up with people I knew from last year. There was a definite buzz in the air as the awards were being announced. It was a wonderful to be a part of such an occasion.

It was much later in the evening that I began to appreciate how crazy these ladies really are. It was nearing the end of a fantastic evening that the Romaniacs broke out into song. It was an amazing rendition of HEY BIG SPENDER. This really confirmed to me that these were definitely my kind of people. I have to say how much I enjoyed my time with these lovely warm ladies, who welcomed me with open arms into their group. All I can say is I have loved every minute of my time with them, and I look forward to another time where we can meet up. Thank you so much everyone for taking me under your collective wings.

We are exhausted, so without further ado, here are a few photos taken by the Romaniacs at this year’s RNA Summer Party. 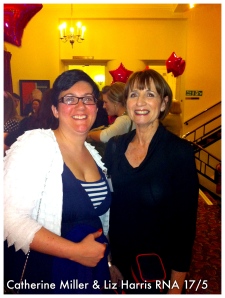 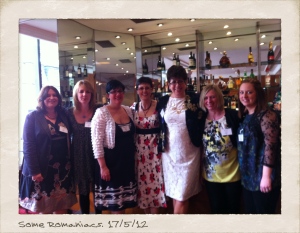 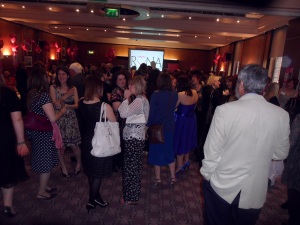