Our last round-up of what we have all been up to was before Christmas, so as another cycle of this feature comes around, it’s time for us to summarise the last few months.

Sue: My major event has got to be becoming agented, when I signed with Kate Nash of the Kate Nash Literary Agency. I’ve also completed and submitted book 4 to my editor, completed structural edits and am currently awaiting the next round of edits. I have a publication date of 21 April but as yet, we haven’t agreed on a title. Hopefully, I’ll be able to share that soon. 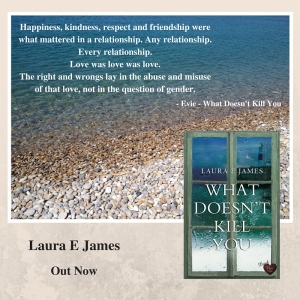 Laura: I attended my first festival as a published author, leading a panel on ‘The Small Publisher as an Option.’ This was at the Purbeck Literary Festival on Valentine’s Day. On Thursday 25th February, along with Sue and Catherine, I visited Chichester Library chairing our Romaniac Life Cycle of a Writer talk, which was great fun. I love getting out there and connecting with readers and writers in person. I’ve been working on my presentation for the next festival, the Weymouth Leviathan Maritime Literary Festival, where I’ll be giving a talk on The Coastguard Versus Pulpit Rock. This will take place on Sunday March 13th. And my third novel, What Doesn’t Kill You was released at the end of November 2015, and is the first title to be released under Choc Lit’s new imprint, Dark Choc Lit.

Celia: My latest book, Moondancing, came out digitally in January with Tirgearr and I was thrilled to be included in a paperback anthology of short-listed stories for the Exeter Story Prize with ‘Naked in the Rain’. I’m currently battling with the synopsis and doing a final revision of my new, darker romance and thinking about having another attempt at rewriting a children’s novel.

Jan: I’m proud to have featured on several fellow writers’ blogs since Christmas, which has been lovely and has given me the chance to chat about all sorts of subjects; my background, blogging with The Romaniacs, how my Libran personality traits affect my writing and, of course, about my debut novel As Weekends Go. I’ve also been getting involved with lots of research for Book 2, some of which has been a real eye-opener!  My mojo as far as actually cracking on with the writing of Book 2 still seems to be playing hide and seek with me a little bit, but I’m sure as we go into March, I’ll rediscover it.

Vanessa: My main writing acheivement so far in 2016 is to have completed a major re-write of my work-in-progress! It’s now gone over to my lovely agent and I’m back to obsessively checking my email in-box as I wait for feedback! I have this week bought a new notebook so I’m now officially ready to start thinking about a new book and I’ve been enjoying writing some flash fiction and short stories.

Catherine: I absolutely CAN’T believe my debut novel is out next Thursday. I’ve been busy finishing the first draft of my second book and prepping for the launch of Waiting for You. It’s been a somewhat crazy period of time, but then that’s pretty standard these days. 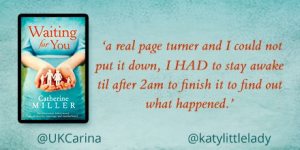 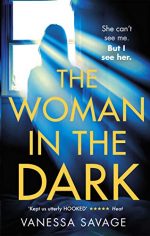 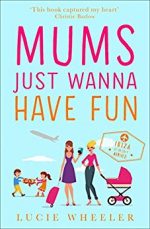