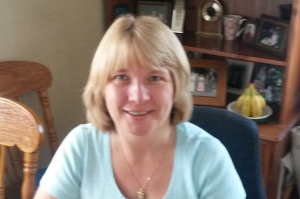 I write contemporary fiction – romance at heart, spiced with emotional fireworks aplenty – and signed with Choc Lit after my debut novel, As Weekends Go, won the Choc Lit and Whole story Audio Books Search for a Star competition in March 2015.

I live in South East London with my husband and motley crew of cuddly toys and have written for pleasure from a young age; short stories for classmates, odes for workmates, fun quizzes for family and friends, progressing to my novel, the idea for which sprang from a script I composed as part of a creative writing course assignment via The Writers Bureau. Following much secret plotting, research and feigning of passion for the customer accounts I was supposed to be reconciling during the day job, the chance finally arose to put pen to paper.

After attending many author talks, literary events, and connecting with writers and readers on Facebook and Twitter, I learned of and subsequently joined the Romantic Novelists’ Association New Writers’ Scheme. An avid reader and all round book devotee, I am also one eighth of online group blog The Romaniacs who in 2014 self-published an anthology of short stories and flash fiction entitled ‘Romaniac Shorts: Fashionably Brief’. The Romaniacs also proudly received the RNA Industry Media Star award in November 2015.

Equipped with a beady eye for detail, I also enjoy proofreading and have worked on several novels/novellas for friends and acquaintances. 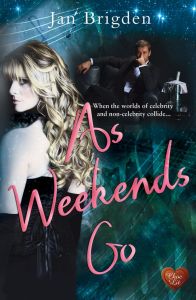 What if your entire life changed in the space of a weekend?
When Rebecca’s friend Abi convinces her to get away from it all at the fabulous Hawksley Manor hotel in York, it seems too good to be true. Pampering and relaxation is just what Rebecca needs to distract herself from the creeping suspicion that her husband, Greg, is hiding something from her.

She never imagined that by the end of the weekend she would have dined with celebrities or danced the night away in exclusive clubs. Nor could she have predicted she would meet famous footballer, Alex Heath, or that he would be the one to show her that she deserved so much more …

But no matter how amazing a weekend is, it’s always back to reality come Monday morning – isn’t it?